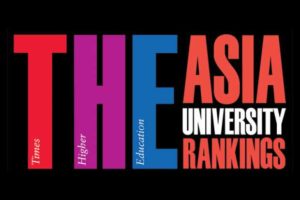 While appreciating Pakistan’s increased presence on the Asia University Rankings 2018, Phil Baty, the editorial director of global rankings at the THE, also reflected upon the “lack of research environment” in the country’s educational system.

“It is a fantastic achievement that Pakistan now has 10 universities in the Asia rankings and that its two leading universities have risen up the table,” he said. “But the country’s poor research environment, not helped by a lack of funding, is preventing the nation from fulfilling its higher education potential. Research must be made a priority if a country wants to stand out from its competition on the world’s largest continent.”

There has always been some consternation found among Pakistanis when they point to the absence of some of the country’s finest institutions from various global university rankings. Institutions like Lahore University of Management Sciences (LUMS), the Aga Khan University Hospital, the National University of Modern Languages (NUML), the Ghulam Ishaq Khan Institute of Engineering Sciences and Technology (GIKI), and the Institute of Business Administration, Karachi are often missing from such lists and haven’t made an appearance on the latest Asia University Rankings 2018 either despite the fact that they deliver education of the highest quality.

Baty explained that this was either due to the low number of research publications produced by these institutions or the fact that some of these universities do not choose to participate in the data collection process for these rankings.

“LUMS and GIKI both participated in the THE rankings’ data collection process but are not ranked as they do not yet meet the publication threshold,” he said. “Neither Aga Khan University nor NUML participated in the process. We require that universities who wish to participate in the THE World University Rankings teach undergraduates and publish sufficient research — at least 1,000 papers in the preceding five years and no fewer than 150 per year.”

This points to the need for an aggressive focus on research by our institutions of higher learning if they want to be recognised at the global level. Nevertheless, the presence of 10 Pakistani universities on these rankings for the first time bodes well for the country’s higher education sector and it is hoped that our institutions will emphasise the importance of high quality research in the future and will divert more funding towards this area.