The Chinese One Belt One Road (OBOR) initiative, CPEC investment in Pakistan is all set to play a major part in the next couple of decades, is basically a push to carve a more prominent role for China in global affairs, eventually transforming it into an economic, military and political superpower. The area that OBOR encompasses starts from Asia, and expands into Europe, Africa and Oceania, with around 60 countries being part of it.

This Chinese expansion has translated into a windfall of sorts for the Pakistani economy with $57 billion flowing into Pakistan as part of the China-Pakistan Economic Corridor (CPEC), which is focused mostly on infrastructure projects right now. Beijing’s keen interest in Pakistan at the official level has now also prompted private Chinese businesses to explore the opportunities presented by the huge 207 million-strong Pakistani market.

As reported by Reuters recently, some Chinese nationals have started opening restaurants and language schools in the country, while others are trying to figure out what products could be sold here most profitably, or manufactured here cheaply to sell to the rest of the world.

Slowing economic growth at home is one reason that compelled China to look beyond its shores to beef up its economic strength. Pakistan provides China with myriad opportunities in this regard, with much of its potential in the cement, steel, energy and textile sectors remaining untapped. The first phase of the CPEC investment in Pakistan will be pouring into infrastructure projects. In the next stage the focus will move on to the setting up of special economic zones, which will enable the integration of Chinese firms in the Pakistani economy, which in turn can help spark growth in various local industries.

The fact that many Western investors are still avoiding Pakistan due to security concerns means that China has been able to establish a strong foothold in the country without facing much competition, with its foreign direct investment here exceeding $1 billion in 2016-17.

This brings us to the biggest obstacle that Chinese investors face in Pakistan. Despite the improvement in the security situation here, it still remains a concern and has served as a barrier to increased foreign investment, including that coming in from China. In June, the Islamic State killed two Chinese nationals in Balochistan. In addition, there have been cases of visitors from China being kidnapped in the country.

Given the huge importance of CPEC investment in Pakistan economy, it goes without saying that law enforcement agencies need to up their game even further to provide a safe environment for investors.

Reuters reports that while it has been relatively simpler to provide security cover to Chinese nationals working on CPEC sites, when it comes to private businesses and entrepreneurs exploring business opportunities in different parts of Pakistan, keeping them safe has been more of a challenge as it is difficult to keep track of the thousands of people coming in from China. In 2016, around 71,000 Chinese nationals visited the country while more than 25,000 visa extensions were granted. It is clear that the more far-flung areas of Pakistan need to improve their security apparatus if they want to keep attracting Chinese investment.

Notwithstanding the security concerns, over the past three years or so, Pakistan’s major cities have witnessed an increase in the presence of Chinese nationals in their midst. This has led to a sprouting of various small-scale businesses, ranging from the launch of a Chinese-language newspaper to Chinese courier services to restaurants catering specifically to visitors 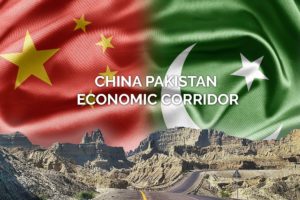 from China, and Chinese language schools aimed at Pakistanis who wish to learn Mandarin in order to better take advantage of the opportunities presented by increased Chinese interest in the country.

In addition, the hospitality industry has also experienced a boom of sorts with hotels and guesthouses in various parts of the country reporting increased occupancy rates, mainly due to visitors from China.

Given that China has long been perceived by a large majority of Pakistanis as an all-weather friend, businessmen from the country face little of the wariness that a Western investor may face. Therefore, despite the precarious security situation – specifically the killing of the two Chinese nationals in June ­– the general friendliness of ordinary Pakistanis towards China may yet overcome any fears that visitors from that country may have when considering Pakistan as a potential investment target.