Renowned Pakistani-British author Kamila Shamsie has won the 2018 Women’s prize for fiction for her seventh novel Home Fire. Published in 2017, Home Fire was a reworking of Sophocles’ ancient Greek tragedy Antigone, and told the story of a British Muslim family’s connection to Islamic State.

Shamsie was announced as the winner of the prestigious award at a ceremony in London on June 6, and took home £30,000. According to The Guardian, the chair of judges for the 2018 Women’s prize, journalist Sarah Sands was all praises for the book and said that the panel “chose the book which we felt spoke for our times … Home Fire is about identity, conflicting loyalties, love and politics. And it sustains mastery of its themes and its form. It is a remarkable book which we passionately recommend.” 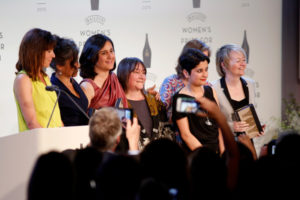 Elaborating further on the dilemma faced by the jury while deciding the winner, Sands stated: “It was a hard-argued choice, but it was unanimous. It was extremely difficult, because of the richness and variety of the shortlist – imagine how you compare the experience of race in America versus courtesans and mermaids. But when we set out to decide what felt like the story of our times, [Home Fire] was the right choice.”

Shamsie’s novel is loosely based on Antigone, the ancient Greek play in which the main protagonist is forbidden to bury her brother after he is declared a traitor. Home Fire follows a similar trajectory where it narrates the story of three siblings, elder sister Isma and twins Aneeka and Parvaiz. The latter leaves London to work for the media arm of Isis. That is when Eamonn, son of the home secretary, who is a British Muslim of Pakistani origin, enters their lives, with Aneeka hoping to use him to save her brother. 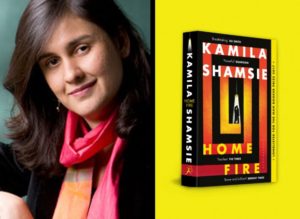 Quite incredibly, Home Fire anticipated the appointment of a British Muslim home secretary of Pakistani origin. Some months after it was published, Sajid Javid was appointed to the role by British Prime Minister Theresa May. Sands applauded the novel’s “astonishing prescience” and “the breadth of its ambition”.

According to The Guardian, Sands further stated that “Shamsie is funny and exact about the Muslim experience, what it means to be challenged on your identity, what it means choosing between public and private … Her nuance, her sympathies, really make you challenge your own lazy thinking on all this … To humanise a political story in that way really does show what literature can do, that it can tackle a hard subject that otherwise would never have that sense of layered sympathy and understanding. It really advanced our understanding of the whole issue of identity … It is very readable, it’s extremely well written, it’s well plotted, it’s something that could easily be a brilliant television series or film.”

Apart from winning the 2018 Women’s prize for fiction, Home Fire was also long-listed for the 2017 Man Booker prize as well as short-listed for the Costa novel award.

For the 2018 Women’s prize, the Karachi-born Kamila Shamsie beat a shortlist of five other novelists that included US author Jesmyn Ward’s novel Sing, Unburied, Sing, and Imogen Hermes Gowar’s The Mermaid and Mrs Hancock. Shamsie has been shortlisted for the Women’s prize twice before as well.

The Women’s prize for fiction was founded in 1996 and is open to female English-language writers from around the world. Its past winners include such giants as Lionel Shriver, Chimamanda Ngozi Adichie and Naomi Alderman. It was previously known as the Orange prize and the Baileys prize. 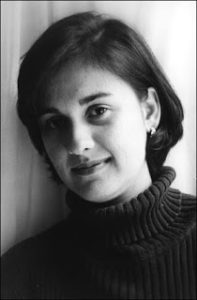 With Kamila Shamsie’s win at the 2018 Women’s prize for fiction, it should be noted that she is not the only Pakistani author to have won acclaim for her work during the past year. Mohsin Hamid’s 2017 novel Exit West also attracted much praise and was shortlisted for the prestigious Man Booker prize. It later went on to win the 2018 Aspen Words Literary Prize. Interestingly, former US President Barack Obama also listed it as one of his favourite books of 2017.

In addition to Kamila Shamsie and Hamid’s exploits, 2017 also saw possibly the largest number of works of English fiction by Pakistani writers being published as compared to those published in any other year. Other notable publications of the year include Osama Siddique’s Snuffing out the Moon, Sami Shah’s Boy of Fire and Earth and Omar Shahid Hamid’s The Party Worker, all of which released to much critical acclaim.

When it comes to bringing laurels and accolades home, Kamila Shamsie isn’t the only Pakistani woman to be doing us proud. Pakistani teenager Dania Hassan recently received the Emerging Young Leaders Award 2018.