Nine Pakistanis, belonging to various fields of human endeavour, have made the country proud by making it to the highly prestigious Forbes Asia 30 Under 30 list for 2018. According to information available on Forbes magazine’s website, the “annual 30 Under 30 Asia list features 300 young innovators and disruptors across 10 categories who are re-inventing their industries and driving change” across the continent and the world at large. A total of 24 countries from the Asia-Pacific region have been represented on the list.

The 300 individuals, including the nine Pakistanis, were selected from thousands of online nominations, which were researched by Forbes magazine’s reporters and vetted by a panel of expert judges renowned in their respective fields. 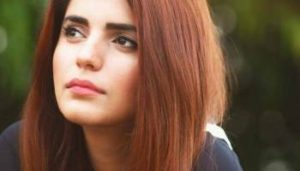 Arguably the most well known Pakistani figure on the list is that of talented singer Momina Mustehsan, one of the country’s biggest music stars. She features in the Entertainment and Sports category on the Forbes Asia 30 Under 30 2018 list.

While Mustehsan started her career back in 2011, she gained huge fame in 2015 following her performance in Pakistan’s biggest music show Coke Studio, where she performed a duet with renowned singer Rahat Fateh Ali Khan, with the song gaining millions of views worldwide.

With a huge following on social media websites like Twitter and Instagram, Mustehsan has made excellent use of her fame by advocating for “social causes important to her, including women’s rights, cyber-bullying and mental health awareness”. She was also named one of BBC’S 100 Influential Women for 2017. 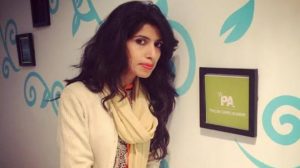 Listed under the Enterprise Technology category in the Forbes 30 Under 30 Asia 2018 list is Pakistani entrepreneur Sadia Bashir, co-founder of Pixel Art Games Academy whose mission is to plug the void between industry demand and supply, by imparting education and training in video game development and providing recruitment opportunities in the field.

As reported by Forbes, Bashir has a passion for video games. Growing up in a conservative Pakistani household, she faced a lot of hurdles when it came to educating herself, but she overcame all odds by fighting and funding her education on her own.

Bashir worked for several established gaming companies before co-founding Pixel Art Games Academy. According to information available on the company’s website, “Pixel Art Games Academy aims to build a community and a platform for people who are passionate about game development”. The organisation helps people “master their skills and play their part in nurturing this industry in Pakistan”.

Bashir has previously been recognised for her achievements by the “Women Can Do” organisation and the U.S. Embassy at the Women Entrepreneurs Summit in 2016. 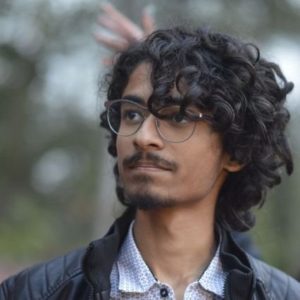 The youngest Pakistani on the list is Muhammad Shaheer Niazi, a 17-year-old student and scientist, who successfully made it to the list under the Healthcare and Sciences category. Forbes reports that at 16, the teenager “found a way to photograph the movement of ions that form the honeycomb shape made when electrically charged particles try to pass through a pool of oil. The resulting shape is also known to scientists as Rose window instability.”

Niazi’s interest in this phenomenon was ignited when he participated in the International Young Physicist Tournament in Russia in 2016, as one of Pakistan’s first participants at the prestigious event. His research was later published in the Royal Open Science Journal and he has ambitions of following in the footsteps of Pakistan’s first Nobel Laureate in Physics, Dr Abdus Salam by winning for the country its second Nobel Prize in the field. 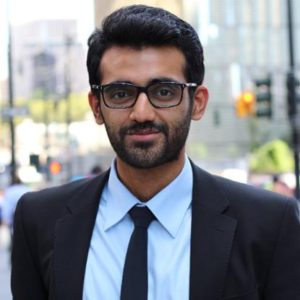 Scarcity of clean drinking water is a huge challenge facing Pakistan with around 84% of the country’s population not having access to this basic right. Twenty-four-year old social entrepreneur Hamza Farrukh has set out to develop a solution for this problem by setting up Bondh-e-Shams also known as The Solar Water Project. The organisation has developed a mechanism whereby a solar-powered water extraction and filtration system, costing $8,000, and with a lifespan of 25 years, can service the clean drinking water needs of 5,000 people per day.

Farrukh, who is featured on the Forbes Asia 30 Under 30 2018 list in the Social Entrepreneurs category had initially begun work on this potentially groundbreaking idea as part of a college project to bring fresh water to one Pakistani village funded by a $10,000 Davis Project for Peace grant. As reported by Forbes, the project “quickly grew into a mission to implement cost-effective, sustainable and maintenance-free clean water access for all rural Pakistanis”.

Given that Pakistan is at risk of water scarcity and is among the 36 most water-stressed countries in the world, Farrukh’s innovation can prove to be a crucial first step in providing a long-term solution for this crisis. 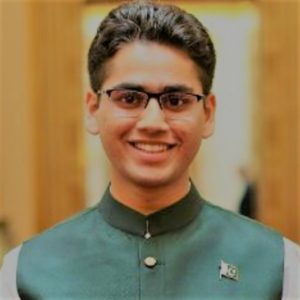 Another young Pakistani featured under the Social Entrepreneurs category is Syed Faizan Hussain, who has been described as “a solution-driven social activist”. He founded the non-profit organisation, Perihelion Systems in 2013 to better the lives of ordinary people by using technology.

Perihelion has introduced several products that aim at resolving various societal issues. One of them is Edu-Aid, a sign language-translating software. Another one is One Health, a disease surveillance and tracking system used to predict outbreaks and alert health institutions to expedite intervention. Another innovative product is Glove Gauge, which is a wearable technology to facilitate professional production processes such as measurements. Perihelion has also introduced Pool-it, an app that aims to make car-pooling activities hassle-free and easy. Another novel product is CamDraw, which is a canvas for drawing in 3D space.

Ahmed has previously also been awarded with the Queen’s Young Leaders Award for 2017. 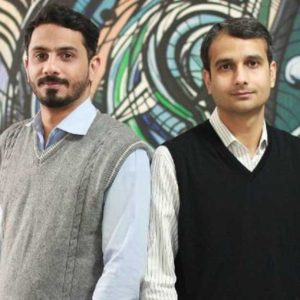 Making their entry through the Retail and E-commerce category are brothers Adnan Shaffi, 28, and Adeel Shaffi, 30, whose online platform Price Oye is making online phone shopping in small-town Pakistan easier.

PriceOye began life in Islamabad in 2015 with a three-member team. It serves as an online price comparison engine for mobile phones, tablets, laptops, books, clothing items and kitchen appliances in second and third tier cities in Pakistan. The Shaffi brothers devised a system that enables the platform to use data analytics that provide marketing information to retailers and at the same time finds the best deals across a variety of retailers for consumers. PriceOye has more than a million views monthly. 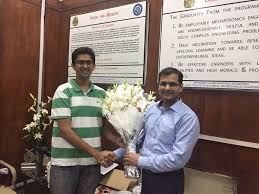 Muhammad Asad Raza and Abrahim Ali Shah are the CEO and the CTO respectively, of Neurostic, a healthcare start-up that uses technology to improve healthcare services and products for the developing world. As stated on the company’s website, Neurostic aim at providing world-class innovations in healthcare solutions for both patients and healthcare providers.

Raza has previously won a gold award at Asia Pacific ICT Awards and third place at the international finals of the Global Student Entrepreneur Awards in 2017.

Pakistanis featured by Forbes in the past

This is not the first time Pakistanis have been recognised in the Forbes Asia 30 Under 30 list. In 2017, Waqas Ali co-founder of Markhor, which is a luxury men’s shoe brand that aims to promote the country’s indigenous shoe craft, and which was the first Pakistani start-up to be accepted into and backed by Y Combinator, was included in the list. Besides Ali, activist and social entrepreneurs Khalida Brohi, who is founder of the Sughar Empowerment Society, and Shiza Shahid, co-founder of the Malala Fund, have also featured on the list in the past. Apart from these talented youngsters, in 2017 six individuals of Pakistani origin were featured in the global Forbes 30 Under 30 list.

The fact that Pakistanis are now increasingly being recognised internationally for their innovation and groundbreaking work in various fields indicates that the country is making strides in empowering its youth.