Recently, Forbes magazine published its annual list of ‘The 10 Coolest Places to Go in 2019’, and included Pakistan among tourists favorite. This comes as breath of fresh air for the country which had been deprived of foreign visitors for more than a decade. With an ever improving security situation in Pakistan the tourism industry has been budding again for past few years now and Forbes including Pakistan in their list will provide it with a much needed boost. 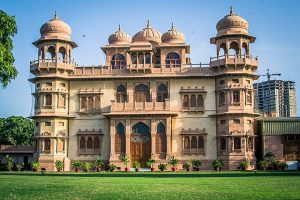 ni tourism industry. Not only Forbes but British Backpacker Society and the global media company both have ranked the country as one of the hot tourist destinations, with the former placing it first on its list of twenty best places to go for travelers looking for adventure.

With improvements in internal as well as regional peace, Pakistan has experienced a remarkable growth in the number of foreign visitors in recent years, with around 1.7 million foreigners visiting in 2017 alone. The liberalization of tourist visa policies has also helped the cause with the announcement of visa-on-arrival option offered to group tourists from 24 countries, including China, Finland, Austria, Denmark, France, Greece, Belgium, UK, the United States amongst others. 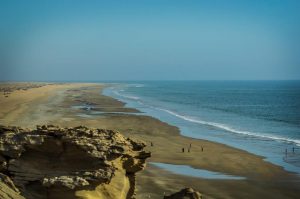 Pakistan among tourists favorites is now expecting the arrival of a record number of foreign tourists in 2019 after the announcement of the revival of British Airways’ operations, late in December last year. The British carrier will be resuming its operations, after a decade of suspension, in June of 2019 with three weekly flights from London’s Heathrow airport to Islamabad, officials said.

The move was welcomed by Federal Minister for Finance, Asad Umar in an early morning tweet,

“British airways decides to resume flights to Pakistan. Victory against the terrorists bearing fruit of reducing isolation of Pakistan.” he tweeted. “Inshallah next summer will see record tourists coming to Pakistan” he added further.

These are few of a series of positive strides and progress made towards the revival of the tourism industry of Pakistan. In recent years Pakistan has seen a major hike in the number of foreign visitors as the peace and security situation is gradually improving. If things continue on this path, once again it will become one of the biggest international tourist destination and the industry will be able to greatly contribute to the country’s foreign exchange earnings.