Pakistan retail market is set to expand at a rapid pace over the next five years, with the country transforming into the world’s fastest growing retail market. This was revealed recently by the international research group Euromonitor, which further stated that the bulk of this growth is being driven by the country’s huge youth bulge. Almost two-thirds of the population, amounting to around 135 million people, consists of those below 30 years of age, and rising incomes in this segment are paying rich dividends for the retail sector.

In addition, an improvement in the security environment, better infrastructure, transport and auxiliary facilities in major cities of the country, relatively cheap consumer prices and economic expansion at nearly five per cent have also been important contributory factors in the growth of the retail sector.

Moreover, many retailers have been able to graduate to the next level by successfully transforming their businesses into major brands that enjoy a loyal following among their customer base, further fuelling the rise of the retail market.

According to The Express Tribune, Kim Culley, a Britain-based retail expert feels that “Pakistan is 50 years ahead of India if we compare both countries in infrastructural developments”.

At the same time, however, the country is still lagging behind when compared with India in term of mega-mall culture.

“It is less advanced than India’s as their key cities have established this culture over the last two decades,” said Culley.

Even so, mega malls have sprung up in major cities, with Pakistan’s three biggest malls, namely Lucky One in Karachi and Packages Mall and Emporium Mall in Lahore opening in just the last two years. Even smaller cities like Rawalpindi, Faisalabad and Gujranwala haven’t been left behind and have seen investments being made in the construction of shopping malls.

According to Euromonitor, all these indicators point towards the number of retail stores in the country increasing by 50 per cent to 1 million outlets in the five years through 2021. During the same period, the size of the middle class is also expected to surpass that of developed economies like the UK and Italy. The country’s retail market size is currently estimated to be around $152 billion with an annual growth rate of eight per cent, according to Planet Retail, a global retail forecasting firm.

Besides the rapid-pace evolution of local brands, the fast-growing middle class has also attracted the interest of foreign investors. Bloomberg reports that foreign operators like Turkish home appliance-maker Arcelik AS and Dutch dairy giant Royal FrieslandCampina NV entered the local market last year through acquisitions. Furthermore, the recent liberalization of the automobile sector has encouraged global giants like Hyundai Motor Co., Kia Motors Corp. and Renault SA to build plants in the country.

The express growth of the retail sector, while largely reflecting the positive aspects of the evolution of the Pakistani economy, also indicates a few somewhat worrying features, which must be addressed urgently. The development of the Pakistan retail market and the benefits that this has spawned have so far mostly been seen in certain regions of the country instead of being truly across the board. The Express Tribune reports that much of the investment in the retail market has been made in Punjab, and more specifically in Lahore. 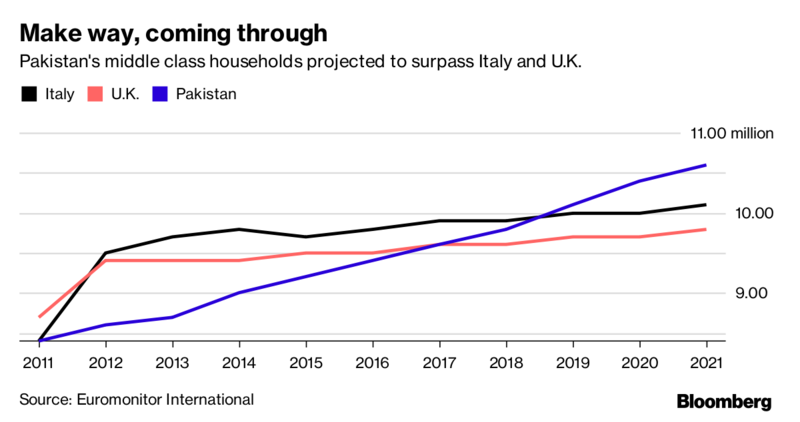 Also, unlike in Punjab where retail sector advancements have been made in second-tier cities as well, due to the advanced infrastructure and huge disposable incomes of the populations here, the expansion of Pakistan retail market in Sindh and Khyber-Pakhtunkhwa has been more limited, restricted mainly to the bigger cities in these provinces.

“Though the retail sector is expanding rapidly, the market still needs maturity which would come through introducing the same culture in second and third tier cities,” Yousaf Jamshed, Chief Executive Officer of LXY Global, a retail network, told The Express Tribune.

Pakistan’s economic planners need to make sure that the fruits of the rapid growth being experienced by Pakistan retail market are reaped by a wider segment of the population. This will in turn ensure that economic growth and development in the country is more widespread, long-lasting and equitable.