Pakistan Satellite Launch 2018: Pakistan is ready to mark an important milestone in its chequered space programme with the launch of an entirely indigenously developed observatory satellite in July 2018, according to information made available by the Ministry of Foreign Affairs on June 24.

Giving details about the development, Foreign Office spokesperson Dr Muhammad Faisal revealed on Twitter that the 285kg Pakistan Technology Evaluation Satellite (PakTES-1A) is fitted with sensors and camera, and will remain stationary 610km in space with its position relative to the sun remaining unchanged. 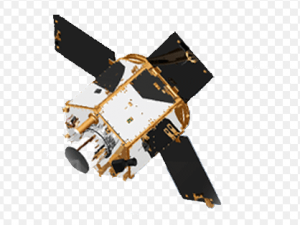 Dawn reports that the observatory satellite, also known as the Remote Sensing Satellite (RSS), can be used to study various features of the Earth, determine the location of mineral deposits, and depending on the kinds of sensors and gadgets fitted, the technology employed by Pakistan remote sensing satellite can also help study the various impacts that climate change can have on the planet, such as those caused by melting glaciers and green house gases. The satellite will also be able to detect forest fires as well as help provide solutions for other problems related to forestry and agriculture. It is understood that these are just the few of the tasks that the satellite will be able to perform.

According to Dawn during the pakistan satellite launch the navigation technology for the satellite was acquired from China back in 2012, from concept till launch, the PakTES-1A is a completely home-grown endeavour of the engineers of the Pakistan Space and Upper Atmosphere Research Commission (Suparco), the country’s national space agency.

Given the possible sensitive nature of the project, the Inter-Services Public Relations and Suparco were hesitant about sharing further information regarding this remarkable breakthrough.

Former minister for science and technology Dr Attaur Rehman, on the other hand, was quite voluble while praising the efforts of Pakistani scientists, and termed the launch of the RSS a proud moment for the country.

“Unlike the complex, heavier and bigger communication satellites, observatory satellite is a simple technology and can be used for a range of purposes depending on the types of sensing equipment it comes fitted with because there are various kinds of remote sensing satellites,” explained Dr Rehman. “It can also study electromagnetic waves and radiation emitted from Earth.”

This isn’t the first achievement that the country has marked this year vis a vis space technology. According to The Express Tribune, in March Pakistan was able to secure a geostationary orbital slot along with previous frequency resources, ensuring that the country possesses a continuous and expanding foothold in the extraterrestrial world. Suparco had signed the deal with China Great Wall Industry Cooperation to acquire the communication satellite PakSat Multi Satellite.

Before that in January, three Pakistani students, belonging to the Space Science Department of the Institute of Space Technology in Islamabad, received international acclaim for their research on super-massive black holes and galaxy collisions in space. Muhammad Awais Mirza, Afnan Tahir and Adnan Mehmood Baig centered their research on the rotation of galaxies and the evolution of super-massive black holes in the universe. By simulating space environments on a computer, they were able to figure out the physics behind colliding galaxies and the merger of their black holes.

The findings of their research were published in the highly prestigious Monthly Notices of Royal Astronomical Society – an impact factor journal of astrophysics based in the UK.

These recent developments in Pakistan satellite launch space research and technology indicate that Pakistan has a lot of potential in this field, and with the right support on a governmental level, the country can develop a highly rewarding space research programme.