Pakistan women cricket team chances of qualifying for the ICC Women’s World Cup 2021 brightened when the national team clean-swept Sri Lanka 3-0 in a bilateral One-Day International (ODI) series, which was part of the eight-team ICC Women’s Championship. The top four teams in the championship will gain automatic entry into the ICC’s Women’s World Cup, scheduled to be held in New Zealand in 2021. The national women’s team’s superb display has lifted them to third on the points’ table in the ICC Women’s Championship, two points behind New Zealand and Australia.

The series, held in Sri Lanka, saw Pakistan get off to a flying start on March 20, when they clobbered the hosts by 69 runs. Javeria Khan stole the show, scoring a momentous century and remaining not out on 113 in Pakistan’s total of 250-6. In reply, Sri Lanka folded for just 181, with captain Bismah Maroof shining with three for 17.

The second match, on March 22, proved to be an equally one-sided affair, with Pakistan again scoring 250-6 in their allotted overs before dismissing Sri Lanka for a paltry 156. This time Maroof displayed her mettle with the bat, top-scoring with 89 while former captain Sana Mir also displayed her worth with incredible figures of four for 32. 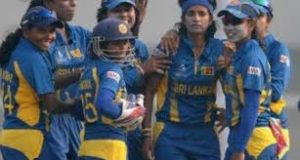 Having already won the series, Pakistan women cricket team did not show any signs of letting up, and continued their ruthless display, this time triumphing over the hosts by a huge margin of 108 runs. Batting first, Pakistan struggled to reach a total of 215-9 with opener Nahida Khan proving to be the mainstay of the batting line-up with a hard-fought 46. In reply, Sri Lanka continued their inept exhibition with the bat, rolling over for a meagre 107. Mir (four for 27) and Nashra Sandhu (three for 18) combined to ensure that the hosts never stood a chance of getting close to Pakistan’s total.

Speaking to the media after the match, captain Maroof was understandably ecstatic at the crushing 3-0 victory and that too in an away series, while still acknowledging that her players needed to further “polish” their skills as they prepare to take on stronger opposition in the ICC Women’s Championship. Pakistan women cricket team are next slated to play Australia in Sharjah.

“We know that it is the second round of the championship and there are big hurdles to cross in the coming months,” she said. “These points are very crucial for us and we are putting in our best to maintain the stride. We’ve improved immensely on the batting side. The bowling gave us important breakthroughs that cultivated a field for us to win.

“Australia is a very strong te 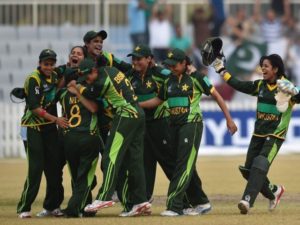 am and to give them a strong competition we are pushing ourselves really hard. We are polishing our skills on all ends, from bowling to fielding, to long partnerships. We are also working to hold our nerves in times of crises, since half of cricket I think is a mind game. Once you win here (mind), you win there (field). We will do our best to make the most of Sharjah’s conditions and to carry the confidence we have earned in this series.”

Pakistan women cricket team star performer on the field proved to be former captain Sana Mir who showed that there was still plenty of cricket left in her. With two four-wicket hauls in the series, she has jumped to the top of the table for bowlers with 17 wickets in six matches, having taken seven in the preceding series against New Zealand which the national team lost narrowly 1-2 in Sharjah.

Pakistan Cricket Board Chairman Najam Sethi was all praise for the efforts of the women’s team and in a message on Twitter, congratulated the players on their fine show in Sri Lanka. The country’s sportswomen in recent times have consistently shone on the international stage. In December, Pakistan’s female power-lifters won 12 of 15 gold medals that the country’s athletes won at the Oceania Powerlifiting Championship 2017 in Singapore. Now this latest achievement of Pakistani sportswomen in Sri Lanka clearly indicate that if given the requisite support and training, the country’s female athletes have the potential and the talent to succeed on the international stage.