Pakistani law student, Maham Malek, has secured the first position in Durham Law School’s 2017 examinations, for which more than 200 students from across the world competed. Durham Law School is part of Durham University and has been ranked by QS world rankings to be amongst the world’s top 40 schools for employability of its graduates by blue-chip companies worldwide. 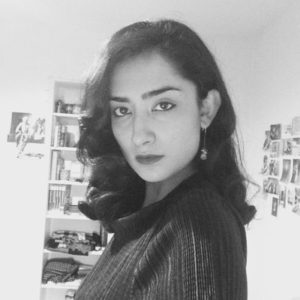 Maham Malek is from Mianwali’s Namal Valley and did her A-levels from Frobel’s International School in Islamabad, where she had also produced a stupendous performance, achieving the first place in English across the country. After completing her A-levels, she enrolled at the prestigious Durham Law School in England.

“Congratulation on your success Maham — it is such a great achievement and a testament to all the hard work you have put in to your studies,” he said.

Durham University has rewarded Maham Malek with prize money while several law chambers in England have also acknowledged her feat with awards.

Following her success, Pakistani law student Maham Malek said her ultimate goal has always been to become a barrister and serve her country, which is what drove her to put in so much hard work in her studies.

Durham Law School is considered a world class centre for legal research and innovation and was ranked the third best in law in the UK’s Research Excellence Framework in 2014. According to information available on the university’s website, it has a student body consisting of over 17,500 students, around 21 per cent of its students are of non-UK origin, and with staff and students combined, around 150 countries and nationalities are represented at the institution.