The growth of Pakistani retail sector has received further impetus with news that a leading Turkish conglomerate is set to invest $150 million in the country. According to The Express Tribune, Hayat Group will be entering the fast moving consumer goods segment through its subsidiary Hayat Kimya, and will be focusing on the manufacturing of products in the hygiene, tissue and home care categories.

An official from Hayat Group, while revealing the company’s plans, acknowledged Pakistan’s status as a major

emerging market with the world’s sixth largest population, and said that cashing in on this aspect was a foregone conclusion for the conglomerate. He further stated that the company would be bringing its products to the country in February and would initially introduce baby diapers, toilet paper, hand towels and facial tissues.

“We have great confidence in Pakistan and we believe everyone around the world has a right to access good quality products,” he said. “We offer the same Hayat quality as in Turkey, to Pakistan.” 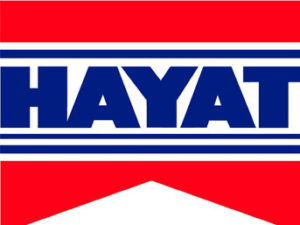 It should be noted here that Hayat Group is the world’s fifth largest branded baby diaper manufacturer, as well as the largest tissue manufacturer in the Middle East, Eastern Europe and Africa. In addition, the global behemoth has nine subsidiaries across the world, including now in Pakistan.

Hayat Group’s entry into Pakistani retail sector isn’t the only piece of good news to come the domestic retail sector’s way in recent weeks. According to The News, Spain’s Inditex Group, the world’s largest clothes retailer and owner of the renowned fashion brand Zara, has opened its maiden branch office in Pakistan. This move is set to double its imports from the country.

“Due to Pakistan Embassy and its Commercial Section in Spain’s sustained pursuance with Inditex Group, which comprises of eight international renowned brands (Zara, Massimo Dutti, Pull and Bear, Bershka), Inditex Group has opened its buying house in Pakistan first time ever. It is heartening to inform about the significant and positive development with regards to trade between Pakistan and Spain.” 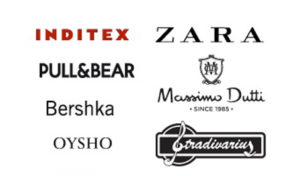 The statement went on to say that the Inditex Group was hopeful of doubling its imports from Pakistan in the coming two years and also plans on having additional technical collaborations in the field of textiles and design.

Apart from the obvious spurt in growth that the Pakistani retail sector will now experience, this development is also set to have a highly positive impact on Pakistan’s exports. The country’s exports to Spain reached $405 million in the first five months of the current fiscal year, and are likely to reach $550 million once data dating to December 2017 is also taken into account.

The government statement on Inditex Group’s entry in Pakistan goes on to state: “We are sanguine that for the first time in Pakistan and Spain bilateral trade history, our exports to Spain will cross $1 billion mark during the current financial year of Pakistan. Similarly, it will also likely cross one billion dollars as per the financial year of Spain which is from January 2017 to December 2017.”

Besides the entry of Hayat Group and Inditex Group, several other buying houses of major international brands have already made their mark in Pakistani retail sector in recent years. These include buying houses of IKEA, Walmart Global Procurement, Li and Fung Pakistan, Target and JC Penny.

According to The News, IKEA and Walmart buy $450 million and $400 million of clothing a year from Pakistan respectively, while Target and JC Penny’s procurement is around $150 million each.

Given that the international research group, Euromonitor in a recent report revealed that Pakistan’s huge youth bulge has transformed the country into arguably the largest retail market in the world, the entry of renowned retailers here further cements this notion. The entry of Inditex Group and Hayat Group is sure to further expand the retail sector and will bode well for the country in terms of the number of jobs that these developments will create, to say nothing of the increased choices that will now be on the disposal of Pakistani consumers.