Pakistan’s E-commerce sector has been on a constant upward trajectory in recent years, with the rise of e-commerce portals and online shopping in the country, which have taken off in a big way. Consequently, looking at the growth of the country’s e-commerce sector, the Pakistan Telecommunication Authority, in its annual report for 2017, had estimated that the sector’s size would balloon to $1 billion by 2020. However, just a few months later, this estimate is again being revised by industry experts with the good news being that the Pakistani e-commerce sector’s size is set to hit the $1 billion mark in fiscal year 2017-18, two years ahead of earlier projections.

The State Bank of Pakistan’s (SBP) six-month data strongly indicates that the magic figure of $1 billion will be crossed this year given the increased broadband penetration in the country as well as a positive change in Pakistan’s online payment space. Several online payment merchants, including FonePay, Monet and TPL Rupya have entered this arena and are now beginning to make their presence felt.

The indications made apparent by the SBP’s data were also backed by Adam Dawood, head of the online shopping portal Yayvo. Talking to The Express Tribune, he stated: “If we believe that 85% of the market is based on cash on delivery payments, then the fact that we have already achieved Rs 9.3 billion of prepayment sales within the first six months of FY18 puts us on a fairly easy course to hit $1 billion in e-commerce sales this year.”

Dawood further explained that according to market practices more than four out of five orders are based on the cash on delivery payment method. Based on this assumption, total e-commerce sales during the first two quarters have already reached Rs 65.3 billion.

“Data of the last seven quarters shows that total volume of e-commerce sales has risen every quarter except for the second quarter of the current financial year. Assuming the trend stays the same we are sure to cross $1 billion in sales,” he said. 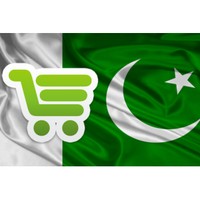 Dawood pointed towards the steady growth in broadband penetration in the country as one of the reasons for the phenomenal growth of Pakistan’s E-commerce sector. Additionally, the expansion of Pakistan’s Financial Technology space has also proved to be a catalyst in this regard.

“Broadband penetration and number of online payment merchants have both witnessed a massive increase within the year,” he said. “Number of subscriptions has increased from 44.5 million to 52 million subscribers while the number of merchants has gone up from 571 to 905 by January.”

As reported by The Express Tribune, the simultaneous growth in both smartphone and internet penetration, as well as the increase in the number of online payment merchants mean that Pakistan’s e-commerce sector is growing due to both demand- and supply-led growth factors. Both the expansion of the customer base as well as increased availability and reliability of online payment avenues have proved to be a boon in this regard.

Apart from the entry of three major companies in the FinTech space, Dawood also pointed towards banks beginning to provide additional choices to consumers through “opening up their debit and credit cards to be used online as they implement 3D securitisation, making transacting online a much more seamless journey than before”.

Despite this spectacular growth in Pakistan’s e-commerce sector, the country still lags behind regional giants like China and India. According to market research portal Statista, Pakistan’s e-commerce sales amounted to $622 million in 2017 compared to India’s $20.05 billion and China’s $1.2 trillion. This is mainly to be blamed on the delayed availability of mobile broadband services for the relatively small size of the e-commerce sector. Also, the country’s FinTech space didn’t witness the kind of growth it should have for many years until now, with majority of transactions being completed on cash-on-delivery basis.

The key difference that has propelled Pakistan’s E-commerce sector to great heights recently is the opening up of digital financial services, although this area still has the potential to grow even further.

Dawood suggested a number of avenues that different players in the e-commerce sector need to pursue. While Pakistan is all set to post its highest GDP growth rate in over a decade this year, its e-commerce sector remains under-developed. To change this, Dawood believes, that “the entire retail industry needs to embrace technology, and by technology I don’t mean artificial intelligence or machine learning but simple investments in systems like inventory management”.

He also focused on the importance of the systems’ ability to talk to other systems through open APIs and the resulting efficiency they bring to the retail sector.

In addition, industry experts have continuously pointed out three areas that need to be made more reliable and secure for Pakistan’s e-commerce sector to flourish further. These include customer protection, payment methods for both domestic and international transactions and delivery.

It is hoped that with the Pakistan’s E-commerce sector crossing the $1 billion mark this year, it would open up even more avenues for this space and propel the country’s retail industry and overall economy to even greater heights.