For the first time in history, Pakistan’s IT exports have crossed the $1 billion mark, underlining the significant progress that has been made in this field over the past decade. While the Pakistani economy is currently weathering some difficult times, the silver lining provided by the IT and e-commerce arena portends better times ahead if the country’s economic managers make the right investments in the technology sector.

According to data published by the State Bank of Pakistan, exports of IT and IT-related services have reached $1.067 billion in the financial year 2017-18. This was an improvement from the previous year figure of $939 million, signifying double-digit growth of 13%. The export figures achieved in financial year 2016-17 were also a record, which means that for the second consecutive year Pakistan’s IT exports sector has continued to make giant strides.

Pakistan main market for technology products is the US, accounting for around 60% of the country’s IT exports followed by European countries with a 38 percent share. These are followed by countries from the Middle East. 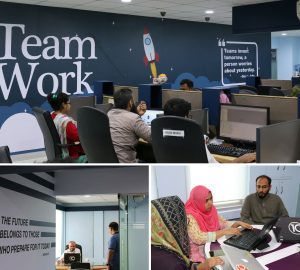 Techjuice reports that while the official IT export figure is a little over $1 billion, the actual figure may be as much as a staggering $3 billion. This difference comes about as a result of some Pakistan’s IT exports being categorised under the heads of other sectors like finance, automobile and health.

In addition, the earnings of the huge number of Pakistani freelancers, who are driving forward the country’s gig economy, are usually categorised under the head of overseas remittances. This again leads to under reporting of the IT sector’s export figures. The IT export numbers also often don’t fully take into account the revenue of those Pakistani technology companies that may have certain operations based in other countries but their products and services are delivered mainly through Pakistan, again deflating the country’s official technology export figures.

What has led to this export boom?

The demand for Pakistani IT products and services has been on the rise in recent times due to improved quality and customer services, as well as competitive prices that are comparable to the products originating from other regional IT giants.

Moreover, the improved security situation in the country has been another important factor contributing to the enhanced IT export figure. One can now encounter many more foreign clients and IT professionals visiting the country because of this, according to Barkan Saeed, chairman of the Pakistan Association of Software Houses. A case in point is the attendance of mentors of Fortune 500 companies earlier this year for the Momentum Tech Conference in Karachi. 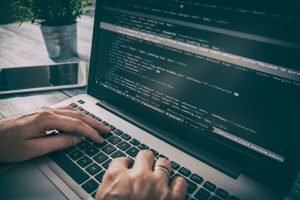 Most importantly, the government has realised in recent times that IT can play a crucial role in Pakistan’s economic growth and can be an invaluable avenue for export-led development of the country. In this regard, it has taken measures that have contributed to the engendering of a favourable environment for the expansion of the IT sector.

According to Techjuice, significant investments have been made in infrastructure and human resources. In addition, there is an imposition of zero income tax on IT exports until June 2025. There is also a 5% cash remuneration on IT exports comparable with rewards for other major sectors like textiles, leather and sports. Moreover, there is a 5% turnover tax from IT exports within the federal territories. In addition, special economic zones have been set up by the Board of Investment and the IT ministry. Technology companies also have access to commercial bank financing at preferential rates.

Several IT parks have sprung up along with the continued expansion and improvement of broadband services in different cities to make the technology ecosystem conducive for both established IT companies, as well as for start-ups.

The government is now aiming to help boost Pakistan’s IT exports to the $5 billion mark by 2020. Given the rapid expansion witnessed in this arena in the recent past, this target is entirely achievable if the technology sector continues to grow along its current trajectory. With the entry of players in the online payment space, including FonePay, Monet and TPL Rupya, and the development of Financial Technology in the country, IT exports are bound to continue their rise in the future as well.