While Pakistan’s e-commerce sector in particular, and the country’s online economy in general, have been growing by leaps and bounds in recent years, there is still plenty of room for further growth. One impediment to further expansion Pakistan’s online payments space has been the absence of a reliable online payment system on the lines of PayPal, which is one of the largest internet payment companies in the world. This gap is now all set to be filled as at least three FinTech (Financial Technology) companies will be entering this space to take advantage of the huge potential that Pakistan’s e-commerce sector provides.

According to The Express Tribune, the State Bank of Pakistan’s (SBP) quarterly report has revealed that FonePay, Monet and TPL Rupya are venturing into the country’s online payment space, reflecting the evolution of the business-to-consumer e-commerce (e-B2C) sector. The SBP report goes on to state that growing incomes, along with advancement in communication technology, and expansion of internet access and branch-less banking, have been propelling the sector forward. 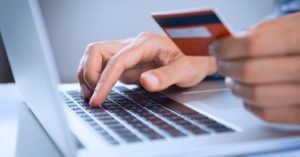 This development will enable consumers and businesses to make and receive online payments on any mobile wallet account, something which is not possible at the moment.

The growth of the FinTech space has the potential to result in a huge financial bonanza for Pakistan’s online payments, according to leading global management consulting firm McKinsey & Company: around four million jobs will be added to the economy; the number of bank accounts in the country will increase by 93 million; $36 billion will be added to the GNP annually; and the government’s net revenue will rise by $7 billion by 2025.

Given what is at stake, and the fact that transactions worth Rs. 20.7 billion have been carried out by consumers on international e-commerce websites according to the SBP quarterly report, the entry of the three new players in the FinTech space is definitely a step in the right direction.

National Technology Fund Ignite CEO Yusuf Hussain felt the numbers projected by Mckinsey & Company were highly credible and hence this latest development in the FinTech space is of increased importance.

He went on to explain that while traditional bank accounts rise proportionate to the rise in GNP, mobile accounts can rise exponentially. Hence, the SBP’s target of there being 50 million accounts in the country by 2020 is realistic as is the forecast by McKinsey & Company. 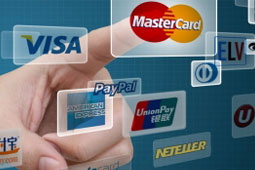 The Pakistan Telecommunication Authority’s annual report for 2017 recently revealed that the country’s e-commerce sector is set to hit the $1 billion mark by 2020. However, reaching that figure without viable and reliable online payment options for Pakistan’s online payments consumers and businesses would be a tall order. Now that FonePay, Monet and TPL Rupya are about to bridge this glaring gap, Pakistan can be more confident about reaching the $1 billion-mark by 2020.

The growth of online payment companies and the FinTech space will also lend a hand in relaxing the shackles that currently bind the Pakistani start-up and entrepreneurship environment. A robust payment gateway will only help support our still-fledgling online economy.