London’s Lancaster House, often used for hosting events for the British royal family and as a filming location for such popular TV shows and movies like Downton Abbey and The King’s Speech, witnessed for the first time in its 200-year history a spectacular display of Pakistani fashion on May 21-22, with the high priests of the country’s fashion industry showcasing their talents at the eleventh edition of Pakistan Fashion Week London.

The event was organised in conjunction with the Pakistan High Commission and event curators Riwayat to both mark 70 years of the country’s independence and simultaneously celebrate Pakistan fashion week. Around 40 leading designers, including Umar Sayeed, Shamaeel Ansari, Sana Safinaz, Maria B and Maheen Khan graced the occasion representing the very best of Pakistani fashion with their unique designs.

The talented Adnan Ansari, the creative director for the event, was delighted with the opportunity to have curated a show at the prestigious Lancaster House, which he believed would contribute greatly towards putting Pakistan on the global fashion map.

“It was a privilege to work so closely with the high commission to deliver this hugely successful event,” he said. “Their commitment to deliver a truly inspiring event, matched with Riwayat’s expertise and ability to deliver was a powerful force. We are so proud of our Pakistan and so proud to present its best face on a huge platform in London. Fashion is one of Pakistan’s leading exports and runs to a multi-billion pound industry and growing. Events profiling the leading names of that industry challenge the West’s perceptions of our country.”

Meanwhile, Pakistan’s High Commissioner to the UK, Syed Ibne Abbas, appeared equally pleased with the showcasing of a softer image of the country. 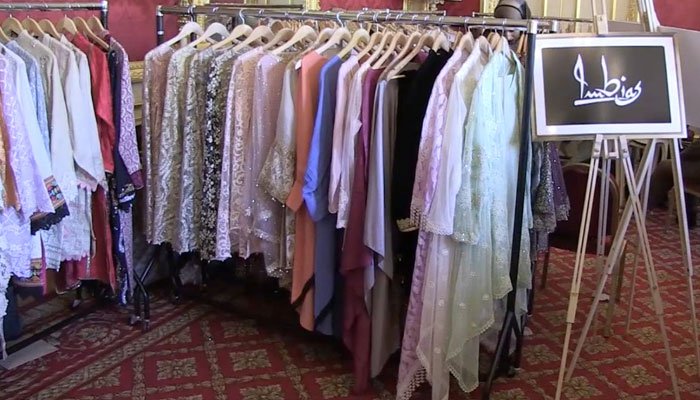 “This represents the cultural diplomacy of Pakistan at its best,” he said. “Today we have seen an exquisite display of Pakistan’s flourishing fashion and design industry, with leading designers and models present at this historic venue. It will also help create a better understanding of our people and present the true image of our country.”

Renowned designer Shirin Hassan was grateful for her experience at Lancaster House and was happy with the appreciation all the designers had received.

“It was a great experience doing the show in the palace,” she told The Express Tribune. “The catwalk was in four halls and a few of the models were Pakistani but most were foreigners. The response was unbelievable, the entire Pakistani community was there … Also, one night before Pakistan fashion week started, we were all invited to dinner by the high commissioner, which was a great gesture. We were overwhelmed.” 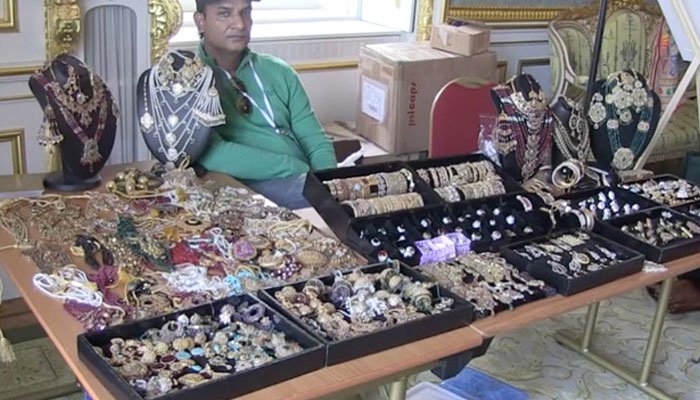 According to Geo News, the show was divided into two parts, held over two days. Over 500 people attended the event on the opening day, which included a catwalk display and a live music session. On the second and final day, dozens of stalls displaying collections of Pakistani designers had been set up in the main hall of Lancaster House, as well as in nine other rooms, which were visited by more than 2,000 people.

It should be noted here that it was from Lancaster House in 1947 that the Pakistani flag was sent out to the country’s first high commissioner to the UK at Lowndes Square, London. It is only befitting, then, that 70 years of Pakistan’s independence have now been celebrated by showcasing Pakistani culture at the same historic venue