Haroon Yasin, Mujtaba Zaidi and Mahnoor Syed were named among the winners of the Queens Young Leaders Award 2018 on December 4, keeping alive the tradition of talented Pakistani youngsters excelling at the prestigious awards.

The award, established in 2014 in the UK by the Queen’s Young Leaders Programme, aims at discovering, rewarding and supporting young people aged between 18 and 29 years, from across the Commonwealth countries as they seek to make a positive and lasting impact on their communities through their socially trans-formative endeavors.

Yasin is the founder of Orenda, a social startup working on improving education standards in Pakistan. The 23-year-old from Islamabad has devoted himself to imparting education to the underprivileged children of the country, many of them inhabitants of slums. This is being done through teaching the national curriculum through a dynamic digital education model aimed at attracting and keeping children engaged via a specially developed cartoon series, Taleemabad, which is available on inexpensive computing devices and mobiles phones. 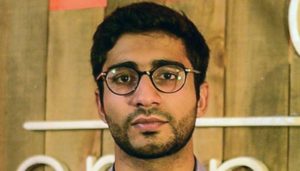 Orenda started with its focus primarily being on children living in slum areas but has now branched out to impart education in various parts of Pakistan. Around 1,300 children, mainly from rural areas, are benefitting from Orenda. Yasin has ambitions of expanding his startup further still through encouraging local governments and communities to make improvements to children’s education in their areas. One local government has already invited Yasin’s organisation to replicate and scale-up its educational model across its district.

In a 2015 interview published on the Pulitzer Center website, Yasin winner of Queens Young Leaders Award 2018, a graduate of Georgetown University School of Foreign Service in Qatar, explained the vision behind establishing Orenda.

“Orenda means to find a hidden ability and polish it to an extent that it becomes the purpose and centre of your life,” he said. “Our project is based on the philosophy of co-creation. We want to provide them [underprivileged children] with an education and help them find their orenda. We can’t make decisions for people whose lives we haven’t led, so we asked them how we could help them best.” 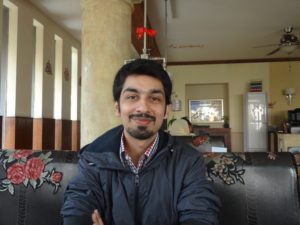 Zaidi has been a true innovator as he is used highly distinctive ways to impart education to underprivileged children. He is the founder of the non-profit Discovering New Artists (DNA), which aims to provide free art education to marginalised young people of Pakistan. DNA has expanded its focus to also provide primary and secondary education to those who cannot afford to go to school.

DNA’s flagship project is the annual competition, Art for Change, which raises money to fund school projects. According to information available on the website of the Queen’s Young Leaders Award, Art for Change is a national child art competition which aims to forge links between young people in privileged and underprivileged communities. Students who can afford to, pay a registration fee to participate in the competition. Their fees are then used to enable a child from a marginalised background to enter for free. Further proceeds from the competition are used to fund other educational projects run by DNA. Over the years, 11,500 students have participated in the competition and more than 5,000 students have benefitted from donations of art materials.

The 2017 edition of the Art for Change competition, held in Lahore earlier this year, featured more than 3,200 artworks by schoolchildren. While talking to The Express Tribune, Zaidi expanded on the work done by DNA, which has been operating for more than six years now.

“We’ve been organising several sponsored events to generate funds, which then go to help these children,” he said. “We charge a minimal fee of about Rs300 from private school students for participation and with the funds we provide art materials and chairs for schools in need, so that they can participate on the same platform as other schools.”

Other projects that Zaidi has initiated through DNA include the construction of libraries in under-resourced schools, and funding of various college and university student internship and volunteer programmes.

Zaidi, a graduate of Beaconhouse National University (BNU), was felicitated by his alma mater upon winning the Queen’s Young Leaders Award 2018. BNU detailed some of his achievements in a Facebook post that described the humble beginnings of DNA, which started off by operating a small school of 30 students on a budget of just $350. Zaidi’s creation is now a national movement, “nurturing innate abilities of hundreds of students and hosting art and educational projects in Pakistan”. 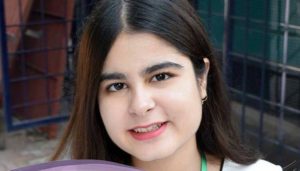 Syed is another talented youngster who is working to help marginalised individuals in her community. Her startup Spread the Word partners with seven schools and holds extracurricular workshops for students focusing on issues such as bullying, child abuse, mental and physical health. It now has 300 volunteers working for it from all over Pakistan.

Syed has collected monetary donations and books to secure the setting up of two libraries in Lahore. In addition, she has raised funds to sponsor the education of 24 children from disadvantaged backgrounds attending one of her partner schools. Furthermore, she is partnering transgender rights organisation Khwajasira Support to raise funds to provide vocational training of 50 transgender people. She also works with the Barkat Foundation to arrange health camps run by doctors in 15 deprived areas.

In a video message, Prince Harry congratulated the winners of The Queens Young Leaders Award 2018.

“This award recognises the enormous efforts and courage of these inspiring young people who are tackling some of the Commonwealth’s most pressing challenges and inspiring others to realise their full potential,” he said. “What has always struck me about these young people is their humble but passionate determination to make life better for their communities. They really are transforming the lives of those around them, and some cases far beyond that.

“To all the winners, you have done your countries proud and I know you’ll do us all proud for many years to come. Embrace this opportunity ahead of you and enjoy it. You really are changing lives. So good luck and congratulations.”

This is not the first time that Pakistanis have shone at this particular forum. Karachi-based entrepreneur Syed Faizan Ahmed was among the winners at the 2017 edition of the award, where he was recognised for his work in harnessing technology to come up with solutions for problems facing the country.

Meanwhile, Muhammad Usman Khan and Zainab Bibi were honoured in 2016 for their work in the fields of education and environment respectively.

The Queen’s Young Leaders Award was launched by Prince Harry and Prince William and is now in its fourth and final year. Over the course of its four years, the Queen’s Young Leaders Programme has established a network of 240 award winners representing all 52 Commonwealth countries. The programme aims to foster continued collaborations among all the winners in the coming years.

According to details available on the Queens Young Leaders Award 2018 website winners will be invited to a one-week residential programme in the UK next year where they will get to avail a unique package of training, mentoring and networking opportunities. They will also be collecting their award from the Queen. In addition, the Queen’s Young Leaders Grants will be made to organisations in selected Commonwealth countries that can show they are improving the lives of young people.